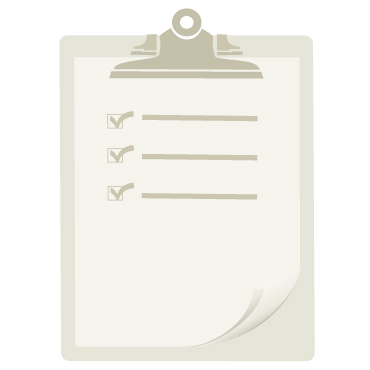 In a recent speech at the USC Gould School of Law, the DOJ's new antitrust chief, AAG Makan Delrahim, announced a shift from the prior administration’s focus on the dangers of patent “hold-up” to the hazards of patent “hold-out” and the anticompetitive potential of standard-setting organizations (SSO). AAG Delrahim also indicated that standard-essential patent (SEP) holders’ violations of commitments to license on FRAND terms should be addressed under common law and statutory remedies rather than antitrust law.

SSOs are organizations that develop and adopt industry standards to promote compatibility between products made by different manufacturers. Along the way, the process itself encourages competition among the technologies that may form the standard.

Under the joint DOJ and Federal Trade Commission (FTC) antitrust guidelines for the licensing of intellectual property, companies are permitted to collaborate through SSOs to jointly evaluate and choose among substitute technologies to develop standards.1 In recent history, however, the agencies have been concerned where an SEP holder “holds up” the practice of the standard by attempting to enforce its patent rights or by demanding higher royalties and/or offering less favorable licensing terms than it could have done had its technology not been included in the standard.2 To reduce the potential for hold-up, SSOs often require participants to disclose intellectual property (IP) rights that could be infringed by a proposed standard, to agree to license SEPs on FRAND terms, or both.3

In contrast to the Obama administration’s focus on the potential harm of patent “hold-up,”4 Delrahim stated that he views the “hold-out problem as a more serious impediment to innovation.”5 Patent “hold-out” occurs when the “implementer” (e.g., the manufacturer of a product incorporating a new technology) objects to the innovator’s proposed licensing terms and threatens to “under-invest” in the technology, or not take a license at all, until the implementer’s royalty demands are met.6 In that case, the patent owner may be forced to acquiesce to the demands of the implementer to avoid lengthy and expensive litigation. Delrahim explained that there is an asymmetry in investment timing between the owner/innovator and the implementer: innovators invest “before they know whether that investment will pay off” and are thus vulnerable to hold-out, while implementers have a “buffer” against hold-up, because at least some investments needed to implement a new technology occur “after royalty rates for new technologies could have been determined.”7 Due to this asymmetry, Delrahim finds that “under-investment by the innovator should be of greater concern than under-investment by the implementer.”8

In addition to highlighting the hold-out issue, Delrahim stated that SSOs should face more rigorous antitrust review. He noted that “the incentives participants in SSOs face to bend licensing negotiations to their benefit” create “a risk that members of standard setting bodies could engage in collusive, anticompetitive behavior” and could impose “anticompetitive licensing terms” on innovators.9 Delrahim opined that “enforcers should carefully examine and recognize the risk that SSO participants might engage in a form of buyer’s cartel” and advised SSOs to “implement and maintain internal antitrust compliance programs” and assess whether their rules “are or may become anticompetitive.” 10 According to Delrahim, “every incremental shift in bargaining leverage toward implementers of new technologies acting in concert can undermine incentives to innovate.”11

Another important aspect of the USC speech was Delrahim’s stated view that alleged violations of FRAND commitments should not be addressed under antitrust law. Instead, Delrahim believes that common law and statutory remedies are more appropriate vehicles for resolution of FRAND disputes. He stated that enforcing valid patent rights “should not be a violation of antitrust law” and urged “antitrust enforcers to take a more humble approach to the application of antitrust to unilateral violations of SSO commitments.”12

In light of Delrahim’s comments that alleged FRAND violations should not be addressed under antitrust law, FTC v. Qualcomm Inc. may provide a test to see if the FTC will alter its position. On January 17, 2017, just days before President Trump’s inauguration, the FTC sued Qualcomm Inc. in the Northern District of California, alleging that Qualcomm unlawfully maintained a monopoly in baseband processors in violation of the FTC Act. The FTC alleged that (1) Qualcomm maintained its monopoly by employing a “no license-no chips” policy under which Qualcomm supplied baseband processors only on the condition that customers agree to Qualcomm’s preferred license terms, (2) Qualcomm refused to license SEPs to its competitors in violation of its FRAND commitments, and (3) Qualcomm entered into exclusive dealing arrangements with Apple Inc.13 On June 26, 2017, U.S. District Judge Lucy Koh denied Qualcomm’s motion to dismiss the FTC’s complaint.14

The FTC’s decision to sue Qualcomm was made on a 2-1 vote, with Republican Commissioner Maureen K. Ohlhausen dissenting. Ohlhausen focused on the fact that the complaint did not allege that “Qualcomm charges above-FRAND royalties,” but rather “dances around that essential element.”15 Commissioner Ohlhausen, who is now the Acting Chair of the FTC, also noted that the stand-alone FTC Act Section 5 claim “is no answer to an unsupported Sherman Act theory.”16 In explaining the departure from her general policy not to dissent, Ohlhausen stated that she faced “an extraordinary situation: an enforcement action based on a flawed legal theory (including a stand-alone Section 5 count) that lacks economic and evidentiary support.”17 Former FTC Chair Edith Ramirez, one of the two votes in favor of filing the Qualcomm complaint, stepped down from the FTC shortly after the complaint was filed. There are currently only two (of five potential) FTC Commissioners in office.18 Upcoming appointments and confirmations of additional FTC Commissioners could thus affect the course of the Qualcomm case.

AAG Delrahim has encouraged antitrust authorities to scrutinize SSOs closely for collusive behavior and has flagged the patent “hold-out” problem as one that deserves more attention than patent “hold-up.” Following his call for review, SSOs would be wise to follow Delrahim’s advice in implementing and maintaining internal antitrust compliance programs, and implementers should avoid actions that could be seen as patent hold-out. The Qualcomm case and similar disputes will be useful in assessing whether there is any further retreat from using the antitrust laws to address alleged failures to comply with FRAND obligations.

18 Commissioner Terrell McSweeny voted in support of the lawsuit and is still in office.

*Licensed to practice in California and the District of Columbia only and under the supervision of the partners of Akin Gump Strauss Hauer & Feld LLP. Application for admission to the Texas Bar pending.