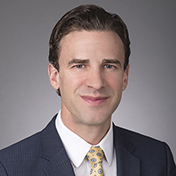 Mr. Willems was a top international economic official in the White House, serving as the lead U.S. negotiator at multilateral summits, including the G7 and G20, and a key negotiator on behalf of the President and the U.S. Government with foreign governments and bodies, including China and the European Union.

“We have long been known as a firm that has particular strength in public policy and international trade,” said Akin Gump chairperson Kim Koopersmith. “Clete’s impressive background in both of these areas, coupled with his deep political experience, will make him a tremendous asset to our firm and our clients.”

At Akin Gump, Mr. Willems will advise clients, including trade associations and multinational companies, on international economic law and policy matters.  He will also work closely with the firm’s international trade team on issues related to the World Trade Organization (WTO), the Committee on Foreign Investment in the United States (CFIUS), sanctions, energy policy and international development, among others.

“The trade landscape has rarely been as important to companies around the world as it is now, and Clete will be an invaluable resource for clients seeking to navigate this terrain,” said Brian Pomper, co-head of Akin Gump’s public law and policy practice. “With his policy depth and experience, coupled with his strong relationships on Capitol Hill, Clete will bring unique knowledge and perspective that is unmatched in Washington.”

Added Mr. Willems, “Akin Gump stands out in Washington for its unique blend of market-leading excellence in both public policy and international trade. This combination of the highest-level experience convinced me that they would be a great fit. After 16 years in the public sector, I am excited about this new chapter in my career and look forward to the years ahead.”

While at the White House, Mr. Willems led the Office of International Economic Affairs, which includes more than 20 staff who lead White House policy and coordination on organizations such as the G7, G20, Asia-Pacific Economic Cooperation, the World Bank, the International Monetary Fund and the Organization for Economic Cooperation and Development and on issues such as sanctions, trade, investment, development policy, climate and energy. On behalf of President Trump and the U.S. government, he served as a key negotiator with foreign governments and bodies, including China and the European Union, among others.

Prior to joining the White House, Mr. Willems served as Chief Counsel for Negotiations, Legislation, and Administrative Law at the Office of the U.S. Trade Representative (USTR), where he focused on trade policy issues such as the enforcement of U.S. trade remedy laws. He also held the positions of Legal Advisor to the U.S. Mission to the WTO and of Assistant General Counsel at USTR, arguing numerous dispute settlement cases before the WTO and participating in numerous international negotiations. Prior to joining USTR, Mr. Willems worked as Counsel on the House Budget Committee and in multiple positions, including Legislative Director, for then-Representative Paul Ryan (R-WI).

Mr. Willems received his J.D. from the Georgetown University Law Center and his B.S. from the University of Notre Dame.

The public law and policy practice at Akin Gump has long understood that solutions to many issues facing clients involve the very processes by which legislation and policy are conceived, developed and implemented by governments in the United States and around the world. For this reason, Akin Gump has built and maintains one of the largest and most diverse government relations practices of any major law firm worldwide. The firm’s practice stresses careful evaluation of client issues and detailed design of strategies and tactics to achieve objectives and provide advocacy that is executed in an effective, timely and coordinated manner.

The practice is consistently top rated in the field of government relations by legal directories Chambers and Partners and The Legal 500, and its members have been named Top Lobbyists by The Hill and MVPs by Law360 and as industry leaders by a number of business and legal publications.

Akin Gump’s international trade policy practice operates at the intersection of trade law and public policy to overcome the challenges and exploit the opportunities present in the increasingly complex and fiercely competitive global marketplace. Our lawyers and advisors provide legal and policy advice, as well as foreign and domestic government affairs advocacy, to clients negotiating the maze of global, regional and bilateral rules of commerce and investment.

The firm’s international trade team is the frequent recipient of industry awards and recognitions. Its lawyers have been designated as leaders in the international trade field based on the recommendations of clients and peers in private practice in the 2018 Chambers and Partners Global, USA, Europe and Asia-Pacific editions and have been recognized in leading trade and industry publications such as WorldECR, Financial Times, Law360, The National Law Journal and more.

Akin Gump Strauss Hauer & Feld LLP is a leading international law firm with more than 900 lawyers in offices throughout the United States, Europe, Asia and the Middle East.

Stay up to date!