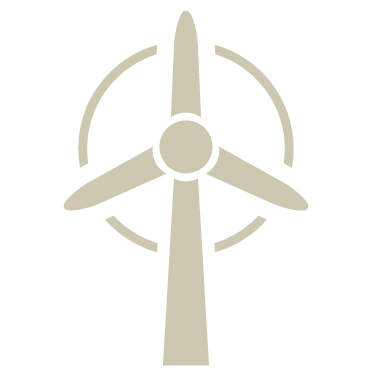 Speaker Paul Ryan (R-WI) and other congressional leaders released a proposed legislative compromise that would fund the government through September 30, 2016, extend tax credits for solar and wind projects and lift the ban on exporting oil. The text of the bill is available here, with the energy tax credit provisions starting on page 2002.

The tax extenders bill, titled the “Protecting Americans from Tax Hikes Act of 2015,” is available here. The bill contains many  other tax extenders including bonus depreciation, the research and development tax credit and the active financing exception, to name a few.

The solar and wind tax credit extensions are included in the omnibus spending bill to encourage Democratic support in the House for that bill. A multi-year extension of the renewable energy incentives became a central factor in the negotiations on the repeal of the oil export ban, which is also in the omnibus appropriations bill.  It is expected that different coalitions in the House will be formed to pass both the tax extender bill and the omnibus appropriations bill.

Once both bills have been passed by the House, they will be joined and advance to the Senate as a single bill. Yesterday, the House and Senate agreed to a continuing resolution extending the government’s spending authority to December 22. The resolution provides legislators a few more days to study the omnibus spending bill. Last week, the Senate informally appeared to reach a bipartisan compromise on a similar package of spending and tax extensions, so the combined omnibus/tax extender bill is expected to pass the Senate by a reasonable margin.

Assuming congressional passage, the bill would then go to the President for his signature. The President is expected to sign the bill because vetoing it would result in the federal government running out of funding and shutting down all but essential services and functions.

The omnibus spending bill extends both the investment tax credit (ITC) in Section 481 for investors in solar projects and the credit in Section 25D for homeowners that install and own solar on their homes. Beginning in 2020, the amounts of each credit progressively ratchet down:

After 2021 the ITC in Section 48 remains “permanent” at 10 percent, while the credit in Section 25D claimed by homeowners goes to zero.

Under current law, both credits are applied based on when the solar equipment is “placed in service.”  That would remain the case for homeowners under Section 25D, but the deadline for the ITC under Section 48 would be changed to start of construction, which is the same standard that is applicable to wind projects under current law.

The IRS has issued a series of four notices defining start of construction for the wind industry.2  The notices provide flexibility with respect to how to satisfy the requirement to start construction by the applicable deadline, as well as assurance that the standard will be considered satisfied if the requirements in the notices are met. For example, the start-of-construction requirement is deemed satisfied if 5 percent of the ultimate cost of the project is incurred prior to the start of construction deadline; this is so even if ground has not been broken. If this legislation is enacted the notices would need to be updated to extend to the ITC for solar project under Section 48 as discussed below and to reflect the new dates.

IRS Notice 2015-25 is the last pronouncement regarding the start-of-construction rules for wind projects. The IRS in issuing Notice 2015-25 opted to refer to eligible projects as those that started construction prior to “January 1, 2015.” Therefore, as a technical matter, the IRS will need to roll existing notices forward by issuing a new notice that refers to the dates above and includes solar projects. There is every expectation that the IRS would do that with minimal changes to the substantive rules defining start of construction.

Owners of wind projects usually find the 2.3 cent per kilowatt hour PTC to be more advantageous than the 30 percent of eligible basis ITC. When that is not the case, the project tends to have characteristics like being built in an area with difficult terrain that increases construction costs or reduces wind capacity.

The production tax credit for biomass, geothermal, landfill gas, trash-to-energy and hydropower facilities would be available for those starting prior to 2017. There is no phase-down for these technologies, just a fixed date to start construction.

The 30 percent ITC for fuel cells expires for projects placed in service after 20163 and no extension was included in either bill. It is not yet clear why fuel cell projects were not provided an extension.

Under current law, an election to claim 50 percent bonus depreciation is available for qualified property (new equipment) purchased and placed in service before January 1, 2015.  Everything from airplanes to wind, solar and gas-fired power plants qualifies for bonus deprecation, so long as the equipment is new, used in a business and otherwise eligible for accelerated depreciation. Under the tax extenders bill, the 50 percent bonus depreciation election is extended for investment in 2015, 2016 and 2017—phasing down to 40 percent in 2018 and 30 percent for 2019. These deadlines are extended by a year for certain types of property with long construction times. In addition, rules are provided for taxpayers who would prefer to convert bonus depreciation into tax credits to offset their alternative minimum tax liability.

If you would like to ensure that your subscription documents are up to date to permit compliance with the CRS, or if you have any questions regarding this alert, please contact your Akin Gump primary contact or

1 Unless otherwise noted, all “Section” references are to the Internal Revenue Code of 1986, as amended.

2 IRS Notices 2013-29, 2013-60, 2014-46 and 2015-25. A discussion of the start-of-construction rules is available at: https://www.akingump.com/en/experience/practices/global-project-finance/tax-equity-telegraph/irs-publishes-favorable-guidance-on-ptc-start-of-construction-2.html.